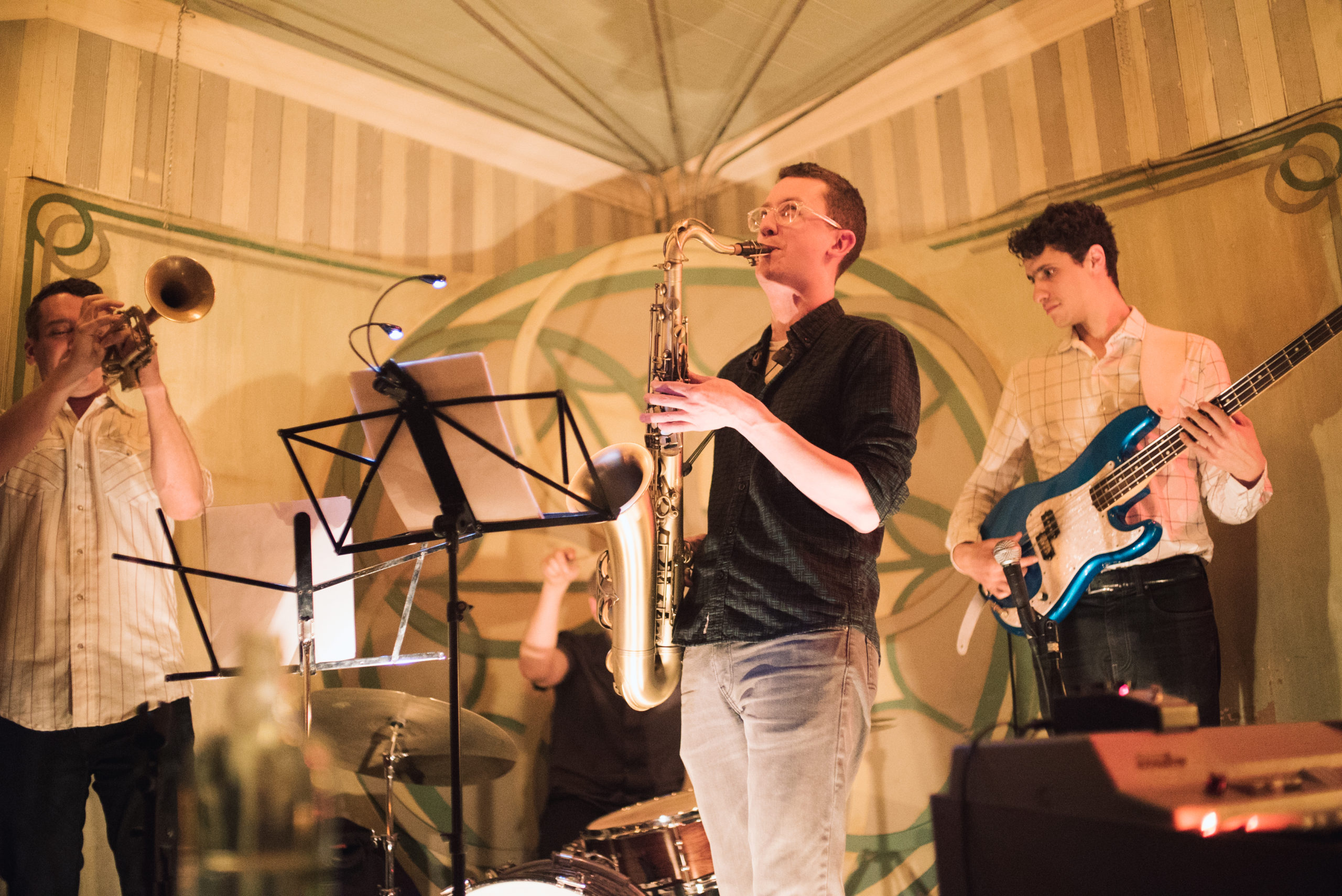 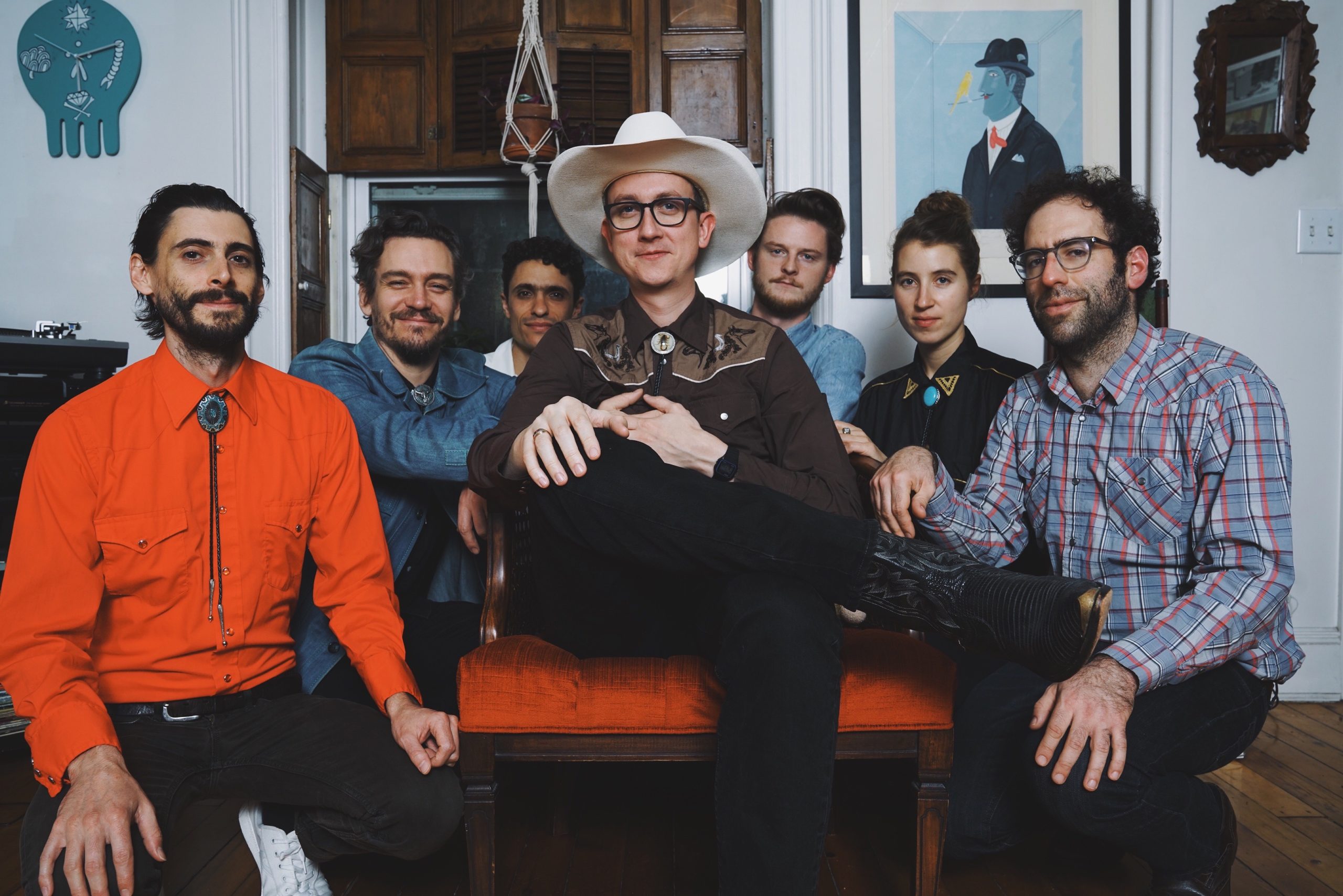 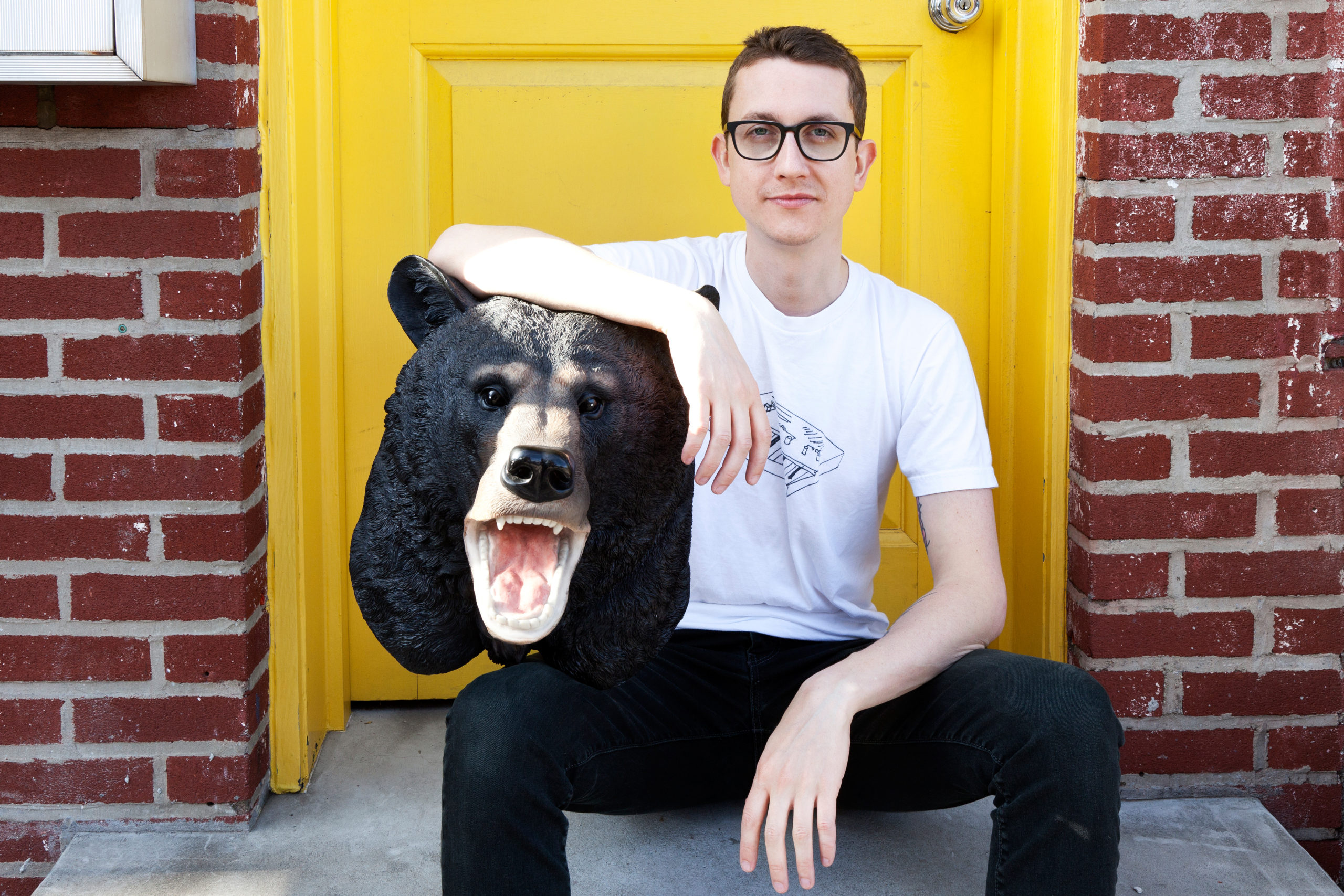 Winston C.W. asked me to make a video utilizing collages for his beautiful new single, Business, from his upcoming new album. I’ve never done anything like this but wanted to try using stop-motion animation, and love the way it came out! Here’s a little bit about how it was made:

I wanted to have a central character that travelled through different landscapes that start stark and desolate, that literally reflected the lyrics, and gradually moved towards more luscious and abstract environments. I like the contrast of nature vs. science fiction/fantasy to tell a story of physical vs. mental spaces and how they coexist.

But mostly I just really like this song and wanted to have a little guy wander lost through a big weird world and hang with animals along the way.

It’s finally here! My vintage instrumental country band, The Burnt Ends, has just released our debut album, Way Out There. This is a collection of classic and rare country songs from the 1940s-60s, reimagined for three horns and full rhythm section. Check out more about what we do on the Burnt Ends page and you can listen to and purchase the digital and vinyl record on Bandcamp!

I used to work with Pat Penta at The New School for Jazz. I advised students, he tuned pianos. Whenever he popped into my office I knew we were about to take a delightfully warped trip to the unknown. One day he told me, “someday, I’m gonna make a movie about vampires on a submarine during World War II and it’s gonna be called ‘Subferatu’ and it’s gonna be great!” AND GUESS WHAT. Two years ago he started doing exactly that.

He built a lifesize cross-section of a sub in a warehouse in Seattle. He wrote a hilarious script. He spritzed the actors in the face with water before each shot. And as he and his wife are SHWILSON’s biggest fans, he asked if I would write and record the soundtrack. YES PLEASE.

As a rabid classic horror fan, I was psyched. After reading through the script, I immediately rewatched some of my favorite films from the ’70s and ’80s for inspiration. Phantasm, The Shining, Videodrome, The Thing, A Nightmare on Elm Street 3: Dream Warriors. All synthy and delicious.

I started sketching, running my synths through tons of pedals, glitching out and feeding back. Sweeping filters. Dark oscillating ostinatos. I wanted this thing to ooze with creepy nostalgia. There are even a few large ensemble numbers to support the WWII-era and tropical themes.

And now it’s done! Here is the horror of…SUBFERATU.